I’m back in Bangalore for a bit and working at the theatre, Ranga Shankara.

As part of the AHA! International Theatre for Children Festival’11, I used Arzu Mistry’s mural making technique to facilitate a workshop, making murals with children aged between eight and thirteen. 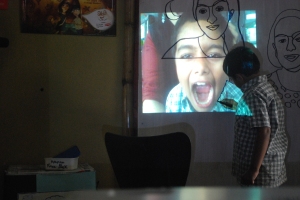 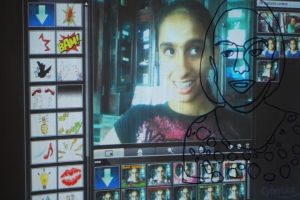 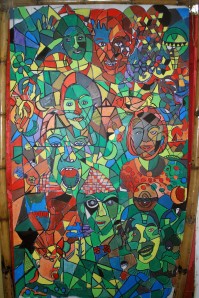 This mural was created using the scaling up and scaling down properties of an overhead projector. The participants of the workshop were asked to create stencils on transparencies, on themes revolving around the elements of artwork for the AHA! International Theatre for Children Fest’11. Each participant was made to take their photograph on a webcam, which was connected to a projector and projected onto 9 foot long plywood. The image was then scaled up and down according to the composition visualized.The stencils were also traced and then overlapped to create a composition of black and white shapes.

Next, each shape was filled in with a different shade of a particular color. Groups of shapes were demarcated for different color families and this technique was followed to fill in the entire mural.

One thought on “Mural Making at Ranga Shankara :)”